Warning: This post is more than 18months old. Information contained in this post may no longer be current.

Recently moved here.
I am a Midwestern farm boy been ‘round the world. I want to meet real people who prepare for the worse, love their family and are capable of caring for their neighbors and friends.
What I need to know is more or basics about… trauma medicine, radio communications, gardening, food preservation and desert food sources. Maybe down the road an alliance can be formed for the s-h-1-t hit the fan scenario that is coming.
In the last place I lived, I met what I consider to be my best friend outside my family and one of the finest people I know from this website. I associated with some stand up first class people over the years through him… all from one chance contact on this site.
However, if you’re a religious nut or anti-government fanatic or into militias don’t respond. If you’re a ‘clinger’ or wannabe general…I’ve been in two armies so don’t waste your time and mine.
I have written a book on tactics, combat shooting and surviving combat. I can hit my target with one shot, so I don’t need explosives or automatic weapons and am not interested in associating with people who use or deal with the illegal things.
I am real. I am a Foreign Legion combat veteran and former member of an elite and the most successful ever anti-terrorist commando unit in a little known African civil war. After 30 some combat jumps I lost count, but I have experienced more combat in a few years than most line soldiers see outside the wire over a career spanning three wars.
It wasn’t that I was that good a soldier that I’m alive… it was luck or God’s Good Grace. Fate or He must have a plan for me, because for what I’ve been through I shouldn’t be walking the earth… my bones should be bleaching in the African sun.
If you don’t have a proper roof over your head or you’re financially destitute, don’t respond. If you drink, do drugs or rot your lungs with cigarettes… generally you’re not hygienic in body and mind… don’t respond. If you’re a bigot, prejudiced, redneck, selfish or have a problem being loyal to others… don’t respond.
If you’re a preparedness supplies ‘collector’ or you think that 95 % of preparedness is firearms, weapons and ammunition… and you think that weapons and force alone will keep you alive by taking from others who are prepared when the balloon goes up… have a nice life. I prepare and train for the real thing. It’s way more than just weapons and tactics. SURVIVAL IS AN EFFORT OF COOPERATION BETWEEN PEOPLE.
PLEASE DO RESPOND… if you are a decent, logical, real family type, healthy living person who believes in individual rights and has ‘grown’ to be tolerant.
Gotta be close to this area to be effective for you and my family. Combat veterans preferred, but that is not a necessity. Nathaniel Green was the best general Washington had during the Revolutionary War and he never spent a day in his life in the military or knew anything about warfare and tactics prior to 1776.
Storms comin’
Jack LAcier
[email protected]

Sorry, the comment form is closed at this time. 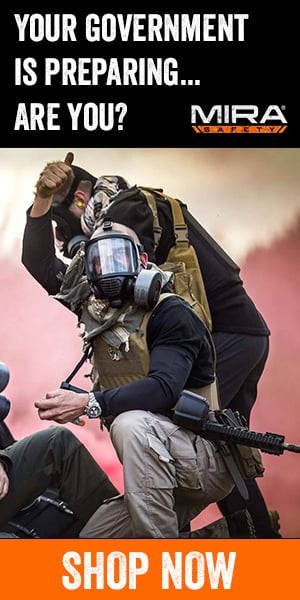 Login to view your messages

Prepper Groups is a place to meet, network and discuss prepper topics with other preppers - worldwide.

The main site is solely for people looking to find other preppers, start or join a prepper group or to recruit for fellow preppers.

The prepper forum is where general discussion takes place.

We use cookies to ensure that we give you the best experience on our website. If you continue to use this site we will assume that you are happy with it.Ok
This site uses cookies: Find out more.